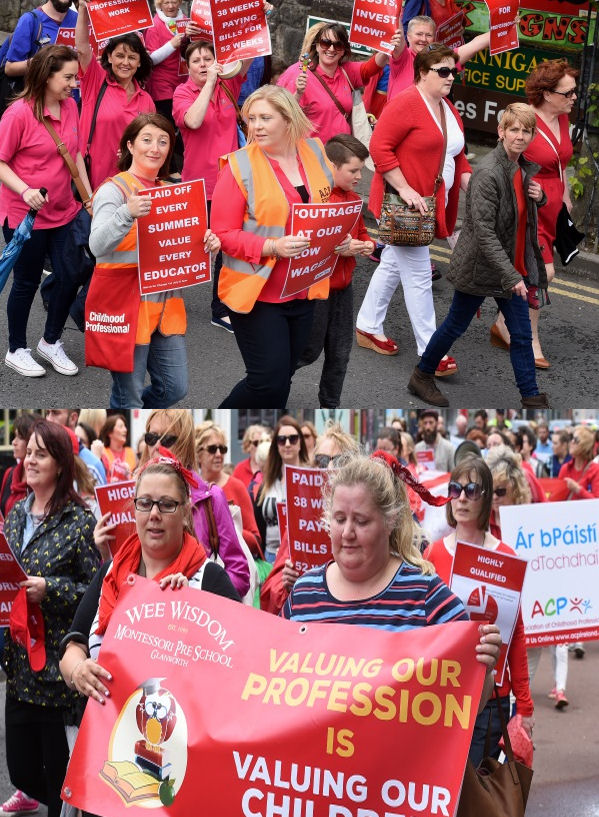 Dozens of childcare professionals yesterday marched from one of Cork City’s social welfare offices to another. They were protesting the Government’s failure to agree contracts with workers who will operate day care centres this September.

Protestors said that the failure to give job security to childcare workers was putting Government promises of two years’ free pre-school care in jeopardy.

Marion Quinn, chairwoman of the National Association of Childhood Professionals, said childcare workers would this week sign on for social welfare payments, not knowing if their jobs would exist in September: “There are about 4,000 people signing on this week, because the Government gives them a 38-week contract to deliver high-quality care to young children throughout the year.”

Eleanor O’Connell, ACP’s Cork branch chairwoman, has worked at Greenmount Community playgroup for the past 17 years: “As of today, I am out-of-contract. Our contracts expired yesterday and we’ve already promised nearly 40 children places for September, in our play group, and we don’t even know if we have jobs.”

Read the full article on The Irish Examiner website