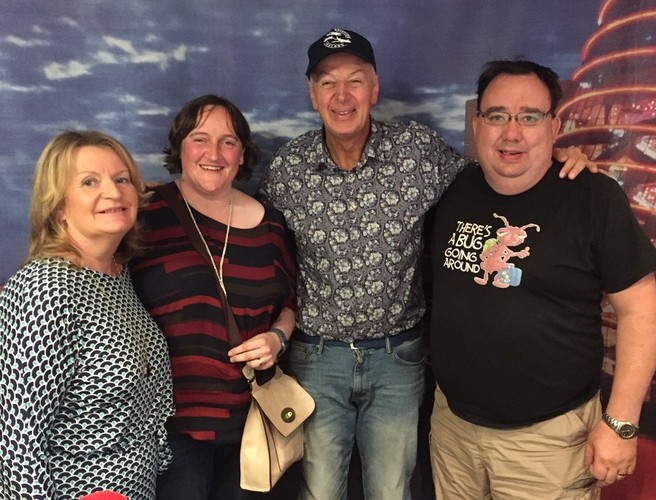 Childcare workers are passionate & diligent, but lack of funding has left income low

One of the points that came across in a recent interview of experts in the childcare sector is that childcare workers are passionate & diligent, but lack of funding has left income low.

There was a great interview on NewsTalk yesterday with Association of Childhood Professionals chairperson Marian Quinn, Mick Kenny of Urlingford/Johnstown Childcare and Regina Bushell of Groveland Childcare. They discussed the childcare sector.

Early in the Interview it became evident that problems with ratio’s set by government are dictating staff requirements. Minimum ratios are not always reflective of how many staff are needed to deliver a quality childcare service for the children.
The guests also said that the ECCE scheme was never costed which is causing problems in delivering required quality of service. The level of capitation is also causing issues for providers.
It was said that the cost of childcare is always perceived to be very expensive. However, 65% and 75% of income in creches goes out on wages. People working in childcare sector love what they are doing… Regina says the challenge is to get the government to recognise what childcare providers do day to day. She said about the cost of childcare: The difference between Ireland and other European counties is that governments in a lot of other euro countries support the early years sector. In Ireland,they are only beginning to support it. This is down to pressure from the EU as the EU have stipulated that Ireland need to put more into childcare in order to facilitate parents getting back to work.
Regina said that the lack of funding in the sector, leading to higher prices is putting well educated working women who have degrees out of the workforce. After their second child they choose to stay at home as the cost of going to work is more expensive due to childcare.
It was noted that full day care can be less than €5 per hour which is not huge on it’s own, but added to a mortgage it is a huge amount.
Mick Kenny from men in childcare Ireland also spoke. He spoke on gender roles, and that more and more dads are now hands on than ever before. Caring for children is gender-less he said. Slightly over 1% of the workforce in childcare are male. Mick said that the economics of running a childcare business are not conducive to paying larger salaries. He said that the workforce in the childcare sector are diligent and passionate, but the reality of it is that it takes 1000’s of euros and many years to qualify as a childcare professional. However as soon as you are working in childcare sector getting a low wage you are prevented in some cases from getting a mortgage or contributing to a pension.
Australia are campaigning a better recognition of workers. A lot of childcare workers there can not afford to retire as they have no pension plan and we should be campaigning for the same.
Discussion around the burden of providing all the requirements of the free preschool year lie on the providers and many providers struggle with this burden. The other burden is around documentation to the sector; documentation to both government and to parents. Parents of course want to know what is happening in their child’s early learning and this is welcomed by childcare providers. The main burden is the Department of Education’s paperwork requirements, Department of Youth Affairs paperwork requirements, Public Compliance paperwork. The Irish government asked childcare providers to deliver 3 hours a day(15 hours a week) in the ECCE scheme. Research undertaken shows that it takes childcare providers 25 to 30 hours per week to deliver those 15 hours care. This is made up of documentation, cleaning, maintenance, resource buying etc. So per child, this works out at €2.30 per child per hour deliver the service.
Rates are an issue which was also discussed.
Regina talked about the fact that parents can avail of €145 per week towards the cost of their childcare if they are on a medical card.She said the uptake on this scheme has been poor as a lot of parents do not know about it. More information can be received from your local county childcare committee.
Childcare providers are passionate and diligent, but lack of funding has left income lower than it should be.

Listen to the full interview here